AUGUSTIN LIVES THANKS FOR SELLING FIRE WOODS AT MUGUNGA CAMP 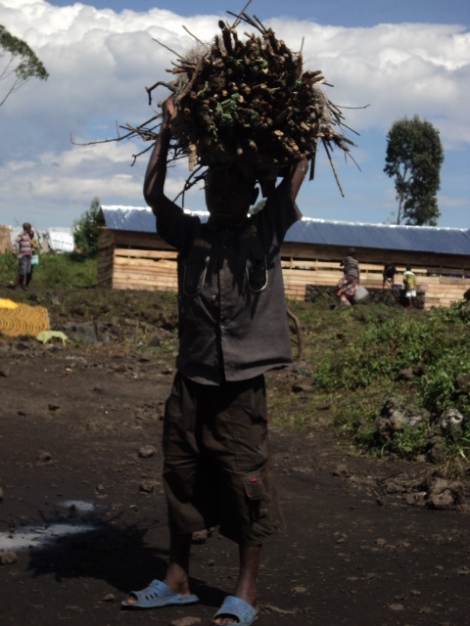 Augustin, ten years old, internal displaced from Kitchanga , Masisi Territory, live at Mugunga camp. He fled ethnical war between regular army and mai mai APLCLS  which occurred at Kitchanga last February 2013.   Suffering from starvation in camp, he  used  to looking for fire woods at Virunga park. Victim from war between Hunde, Tutsi and Hutu tribes in the region, he lives  in bad conditions where human rights are not respected.  He sleeps into  a small house on stones. Parentless, this word is really crazy, he has no access to go to school education,  we should know that education is the most important weapon to change North – Kivu province and DRC, too. Or, Augustin, will serve one day the Democratic Republic of Congo. 20 years of conflict war,  more than 1 000 000 people have been killed and others left their villagers, fields. Houses have been burnt, human beings slaughtered like animals, fields destroyed. Augustin related that although troubles in the country, he will endure and wants Congolese to take conscience for saving the country. Love, union, freedom , working hard…, is my motto so that one day I may join my village and go to school.

This entry was posted in Uncategorized. Bookmark the permalink.